The story of the game, while not much, is that you’re a rookie driver who just joined the drag racing crew, Pit Row. A few races in, it’s discovered that some of the leader’s most prized possessions, his cars, have been stolen! Your job is to race crews across the city and interrogate the leaders to see if they know anything on the stolen cars, all while beating them and becoming the greatest drag racer on the planet. 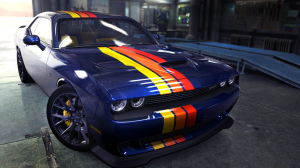 The car selections seem a bit repetitive (especially in the Tier 4 and 5 sections where it seems like the creators repeated the same Lamborghini model, except it’s an Aventador SV, not an Aventador!) in CSR 2, but for the most part, the selection in the game is unique, showing off cars that aren’t usually seen in racing games. The cars in CSR 2 are separated into five categories, or tiers (like most racing games like Forza) – Tier 1, 2, 3, 4, and 5. Tier 1 cars are the weakest, while Tier 5 cars are some of the fastest, grippiest, and lightweight vehicles on the planet. Something that CSR 2 does well is make each and every car feel different. It makes a family hatchback (like a Mini) feel like a hatchback, and a supercar (like a Ferrari) feel like a supercar! That is something most racing games rarely do.

Something new that CSR has added in its sequel is the Rare Imports. Every once and awhile, a championship which will need you to own certain upgrades and cars will appear. So will Daily Battles, which appear every four hours for some reason. When you complete either of the two, you can sometimes earn Bronze, Silver, or Gold Keys. If you head to the Rare Imports, you can open crates corresponding with the material of your keys and earn cars, upgrade and fusion parts, and money! During the championships, a certain car will have a bigger chance to drop from the Silver Crate! A few weeks ago, for example, during a championship, there was a 10 times better chance to earn the Chevrolet Camaro Z28, and the week afterwards, the championship requirements were that you needed a Camaro Z28. The Rare Imports is a great addition to CSR 2. 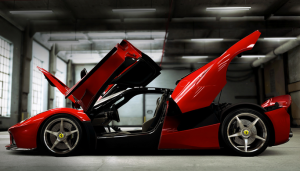 Although you’re already in a crew, you can join your friends in another one. You can compete in crew championships (on top of all other championships) and earn tons of crazy prizes, including money, Fusion parts, and special cars! There are also certain milestones to reach (like scrapping a certain amount of cars), and if you do complete them, you can earn special boosts and bonuses! At the crew hangout, you can check out your crewmates’ cars and use perks. Perks are temporary boosts (like ones you earn from milestones) you activate once you earn enough Perk Points. You can earn Perk Points from races and crew championship rewards. Another pretty cool feature, right?

One of the first locations you visit in the game is the garage (obviously). This is where you can change, upgrade, tune, customize, and buy cars, as well as visit the Rare Imports. You can also visit the info page in order to check the Fusion parts you own, check your car stats, sell your cars, and scrap them for Fusion parts. If you own at least seven cars, you will unlock a second garage to store your cars. You can switch between the garages anytime.

Most modern racing games aren’t complete without multiplayer, right? You can check that off for CSR 2, now, because besides the fact that they have crews, you can participate in Live Races. Live Races are multiplayer drag races where you play against another real player in real time. You can earn crazy prizes from Live Races! 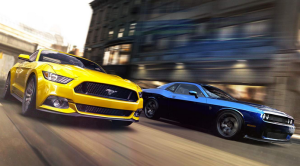 I’ve gotten hold of a regular player of CSR 2. Emilio Cuell, a 7th grader here at Bay Farm, believes that “the game is great, but the races get repetitive after awhile.” Just like the car selection, the races definitely do get repetitive, especially since the only type of race is drag. There’s nothing special about any of them. It’s all the same.

CSR 2 was definitely a step up from the original game. It obviously does have its drawbacks, but if you’ve got the space on your phone (it’s about 1.5 gigabytes!), it’s worth a download. That’s why Custom Street Racing by NaturalMotion gets… a 7.5 out of 10.