“Snoopy, The Musical” a hit

Students had to audition for roles. The play performed live at Bay Farm’s Multipurpose Room from Friday, March 11 through Saturday, March 19.

Snoopy was directed by Bay Farm’s music teacher, Ms. Bonnie Nelson-Duffey, and her daughter, Andrea Duffey. Based on Snoopy: The Musical, a musical comedy by Larry Grosman and Hal Hackady, and a book written by Warren Lockart, Arthur Whitelaw and Michael Grace, the show turned out to be spectacular. Not only did it have a wonderful cast of 14 people, it also had a lighting committee/stage crew and a set committee with members all volunteers from BFMS and a few parent helpers and teachers. 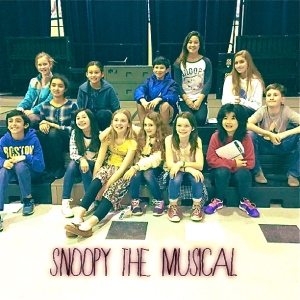 The cast of “Snoopy the Musical”

Auditions were held during the week of Nov. 30-Dec. 4. The cast spent months practicing the play, which included memorizing lines over winter break, and practices and rehearsals 6-8 hours per week.

The directors’ assistant was Mikenna Womack; choreography was directed by Denise Lum and Makenzie Kan; costume coordinator was Andrea Duffey; and musical accompaniment was provided by Randy Fong.

BFMS gives a special thank you to the Bay Farm PTA for sponsoring this program, and to Ms. Bonnie for bringing this play to Bay Farm. We hope to have another middle school play next year!